Some thoughts on "rent control"

So here is the thing about the “rent control” proposal recently adopted by the city.  The one that has us paying relocation costs for tenants if the rent is raised over 10% per year, and if tenants are given notice to move for “no cause”. 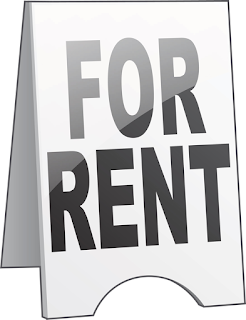 You know the argument that says we can’t change PERS, even though it’s killing our state budget, because public employees made the choice to forgo higher salaries in the interest of the pension? The same could be said for landlords.  My husband and I made the choice to forgo evenings and weekends, affording vacations, investing in pensions etc, in the interest of our rental properties. We invested in real estate under non-rent control rules.

Now, the rules under which we entered into being landlords, are being changed by the City of Portland, and perhaps the State of Oregon.

We work hard and strive to be good landlords, are responsive to repair issues and requests, are understanding when a tenant needs to pay late here and there.  We’ll move the rental due date if a tenant’s pay schedule makes paying on the first hard.  Only in the past few years have we raised our rents during tenancies, and started doing so to not get caught with low rents should rent control come along.

Renting out one’s property is a bit like letting someone live in your bank account.  Take properties we have invested lots of money and time in, and hope the tenants don’t mess it up.  Yes, this is our choice.    Much like the PERS employee who gets the delayed gratification of a pension over higher current wages.

I want control of my properties.  I want to be able to use a no cause eviction if I need to.


I would be willing to pay an annual, per unit fee, into an emergency housing fund, for low income tenants.  I’m fine with the 90 day noticing rules and the cap on rent increases above 10%.   I don’t quite understand why I should pay moving costs of a high earning tenant, because I want control of the property I own and for which I have sacrificed.
Posted by Leslie in Portland at 2:52 PM No comments:

RMLS released their numbers for January 2017 earlier this week.  As you might remember, January was a bit of a funny month, with all that winter weather.  We see some effect of the weather in the numbers. 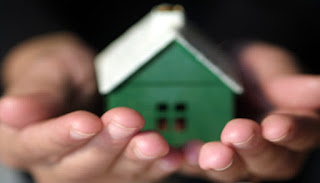 New listings in January were actually up from December (no surprise as many folks don't want to market their property during the holidays),  but were down 12.2% from January 2016.  Pending sales in January 2017 were 11.3% cooler than January 2016 - I think this is at least in part due to the winter weather and road conditions.  Similarly, closed sales were down ever so slightly from January 2016, also probably due to weather, as title companies and even county recording offices were closed a few days in January.

Market times were a bit longer in January, that darn weather again. Area wide, houses that sold in January, were on the market an average of 58 days.  But some of Portland's hotter areas saw shorter market times, with North Portland at 28 days, and Northeast and Southeast Portland at 49 and 50 days respectively.

Anecdotally, the market is quite busy.  We're right back in multiple offers, with selling prices well above list price.  If you're thinking of buying, get in touch so I can give you some tips on buying in a seller's market.  And if you're thinking of selling, I'd love to help you navigate the process.
Posted by Leslie in Portland at 11:54 AM No comments: