The Oregonian recently published an article on this development project.   I found the article rather boring, or without much focus.  But it did flirt with the notion of an exclusive development in a very cohesive neighborhood.

Remember, this was the old Waverly School property (SE 36th to SE 35th  and SE Woodward to SE Brooklyn). It has been developed into 19 lots with custom homes, all sharing a spacious common area in the middle of the block. 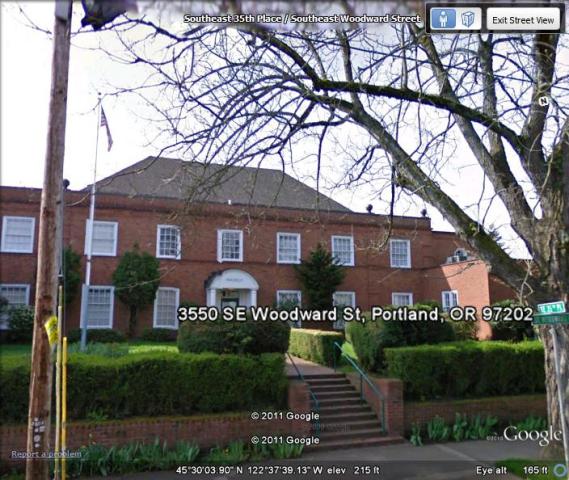 I have watched this development as it has been built. Yes, the houses are big, but no more so than  other infill projects in our neighborhood. 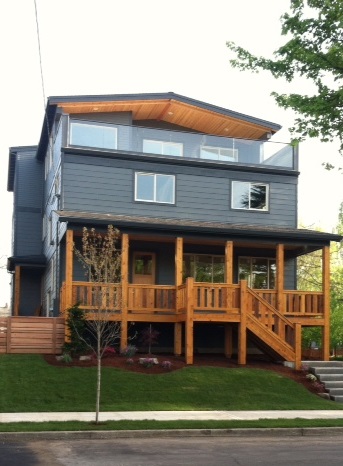 And though the article failed to mention it, most all of the houses have installed photovoltaic solar panels, and many are built with passive solar features.  Several existing houses in the neighborhood also have solar panels; perhaps some common ground?

But, the article had for me, hinted at an exclusiveness of the development.

There was a resident who gushed about her daughter and the girl next door (also in the development) being friends.  I sure hope they take time to meet kids in the neighborhood who may not live in Waverly Commons. There is a great little guy whose grandparents live down the block. One morning he was giving away free art on the street corner, and gave us a wonderful explanation of his picture; a picture of a leaf made from looking at a ceramic sculpture of a leaf. It hangs on my fridge.  He's probably about four years old. Waverly Commons folks would be lucky to know him.

The article also purred about the common area/backyard/park.  This will be a great resource and amenity for the homeowners. But a private park, only for the benefit of the 19 homeowners,  may have an odd dynamic in an otherwise egalitarian neighborhood.

I know the folks living on SE 35th have had a very close knit relationship for years, and didn't need a private park to do so.  The Waverly Commons houses all face out into the neighborhood, with their back yards facing the common area.  The optimist in me says they'll be welcomed into the neighborhood, and will value the existing neighbors.

Sadly, the neighborhood hasn't been so good to the builder and new home owners.  Several of the under construction houses have been broken into, and robbed of the metals in the house; primarily copper wiring. This is expensive and sets back construction.  Currently, there are three houses still under construction, with surveillance cameras, in an attempt to stop the problems.

All this being said. I like Waverly Commons.  I walk by it on my daily walks and have enjoyed watching the construction as the different styles of houses emerge. The builder is hard working and hands on.  We see him there at all hours on all days.  The Waverly School, an old brick building. most likely unreinforced and with plenty of asbestos and lead paint, was well past its useful life. Energy efficient, new construction residential seems a good use of the land.


Posted by Leslie in Portland at 11:40 AM No comments:

The owner said the tank had been "taken care of"...

My friends at Eco-Tech LLC do great work, with oil tanks and radon, among other things.  We call on them frequently to search properties for buried and sometimes abandoned heating oil tanks.  I've written and posted about their adorable dog, Terra, who is trained to sniff out oil, so she can find a spill, even if the metal of a tank isn't there to be detected. 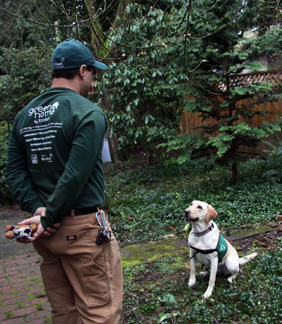 We're going on 20 years in the real estate industry since oil tanks became a topic, and a concern to buyers. Early on,mostly, many sellers preferred to "decommission" their own tanks, rather than pay a professional, and get bogged down with Department of Environmental Quality standards.

DEQ does allow for the in-place decommissioning of tanks. The tank is opened and any remaining oil is removed. The tank is then cleaned, and filled with a clean, inert substance such as concrete slurry, sand, or sand and soil. The tank is then closed up, but tell tale markers of the existence of the tank are left so its existence is knowable.

Tanks are also decommissioned by removal.

This week, Eco-Tech was engaged to do a tank search of  a property for a buyer.  I don't know the particulars, but that a tank was found. It had leaked a minor amount. I don't know the specifics of how it was that Eco-Tech LLC came to open up the tank. Decommissioning, removing, checking on a previous decommission?  But what they found in the tank was shocking. No, not THAT bad but... 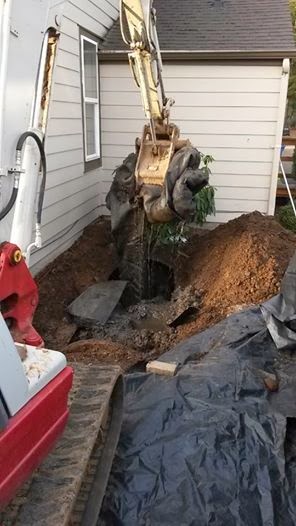 They pulled out oil soaked carpet, a tripod, and a barbecue, among other things.  Oh yes, there was sand...contaminated with old oil.  Wow.
So,  should you have a tank search done on that house you are buying?  Yes!  Don't try to save a few bucks up front by skipping the tank search.   And hey, if you are lucky, you might even get Terra on your search. 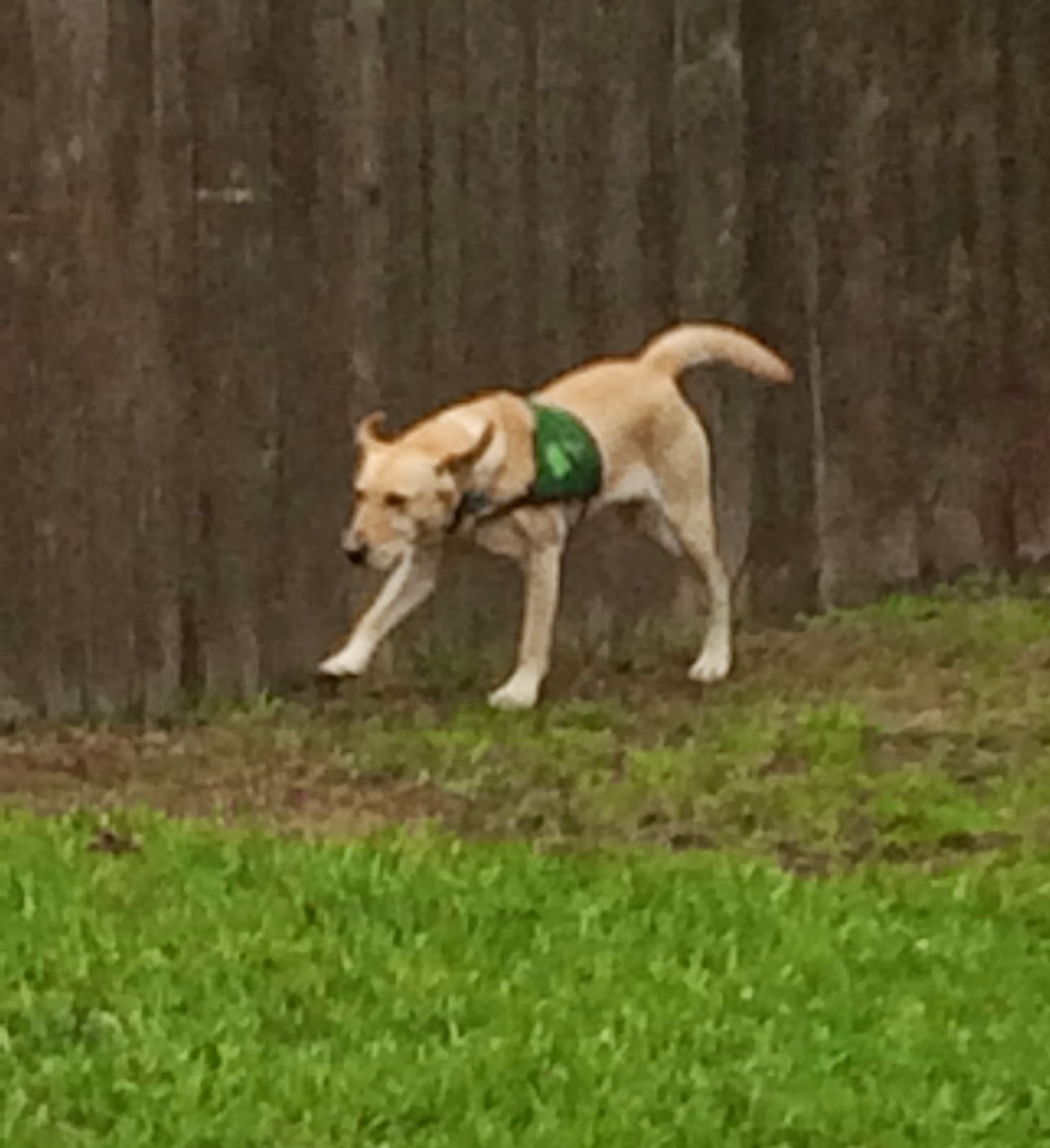 I know some of you have abandoned oil tanks on your property. You bought long enough ago that we weren't making a big fuss about them.  It may not be a fun way to spend money, but deal with it now, and you'll sleep better at night.  And, when you do eventually sell your house, the scary buried oil tank won't drive good buyers away.
Call or email me if you want to talk tanks.  503-312-8038  leslievjones@gmail.com﻿
﻿
Posted by Leslie in Portland at 4:05 PM No comments: